How to remove adware apps from your Android device

Zscaler recently reported that 17 adware apps in Google Play were downloaded over 120,000 times. These apps display unwanted advertisements on your device and collect marketing-type data about you, generating revenue for their operators in the process. Read on to learn how to find and delete these adware apps from your device.

These potentially malicious apps are disguised as harmless system or utility apps. They pose as image editors, photo or document scanners, and even messenger apps. Their names even resemble those of legitimate system apps, chosen for the express purpose of tricking Android users into installing them onto their devices. These apps are:

How to remove these adware apps

It’s important that you immediately remove these apps from your device to prevent them from exposing you to all kinds of IT security threats, like man-in-the-middle attacks. One way to do this is to use an anti-malware app that scans and automatically removes malicious software from your device. You can also check your phone or tablet’s app permissions to see if any questionable apps have permission to access your text messages, contact list, etc., and manually uninstall the dubious apps.

However, some apps are harder to detect because they display two different sets of names and icons — one on your device’s Settings app and another when they’re actually running. This makes it more difficult to identify and uninstall the malicious apps on your device, which is exactly what the developers want.

On the other hand, some apps appear on your app tray, but launching one triggers a message that says the app is incompatible with your device. You will then be redirected to a random page on Google Play. And when you return to your app tray, you’ll find that the app’s icon has disappeared.

If there’s no icon, how can you uninstall the app? Andrew Brandt, a researcher at Sophos, says deleting adware apps will require a little bit of digging on your part, as there’s no icon that you can click and drag to the top of the screen and into the trash.

To do this, you have to first identify the adware apps. Go to Settings > Apps & Notifications. This will direct you to a page that displays the most recently opened apps on your device. Next, check if any of those apps have the generic greenish-blue Android icon and/or have generic-sounding names such as Back Up, Update, and the like. If they do, they’re likely adware. Finally, tap the icon and then select Force Stop > Uninstall. Note that a legit system or utility app will have a Disable option instead of an Uninstall option.

There may be similar apps that are yet to be identified and are likely to be made available on Google Play in the future. The key takeaway here is to be mindful of what you download, even if it’s from Google Play or other official platforms. Check out the reviews — the reported adware apps got poor reviews from users who complained about getting a lot of pop-up ads.

Remember that malware can be hiding in even the most innocuous apps, and downloading them gives bad actors the chance to access any confidential information on your device. For advice on how to keep your Android devices safe from adware and other malicious malware, give us a call today. 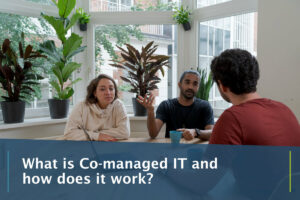 What is Co-managed IT and how does it work?

Managing a modern IT system is often a complex and unwieldy affair. From maintaining software and ensuring network security, to balancing data access with compliance 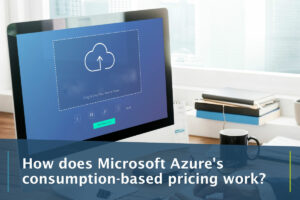 For newbies to Azure, one of the most baffling aspects of the service is pricing. We’re not going to lie, it’s not always easy to 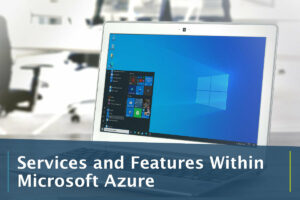 Services and Features Within Microsoft Azure

Cloud technology has made a lot of things more feasible and affordable thanks to its convenient pay-per-use pricing models and efficient use of resources. The 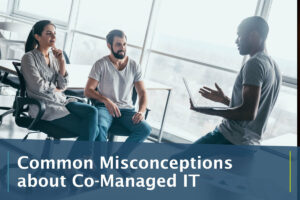 Common Misconceptions about Co-Managed IT

In our previous article we explored Co-Managed IT services, we found out what they are and some of the many benefits to choosing this method